OCCUPATION OF WESTMINSTER BRIDGE BY BLOCK THE BILL ACTIVISTS

The bridge was occupied between 1pm and 4pm to highlight the forthcoming NHS bill which many independent critics believe favours the slow privatisation of the state health service in the UK.

Arbolioto Blog was there and took these exclusive pictures. 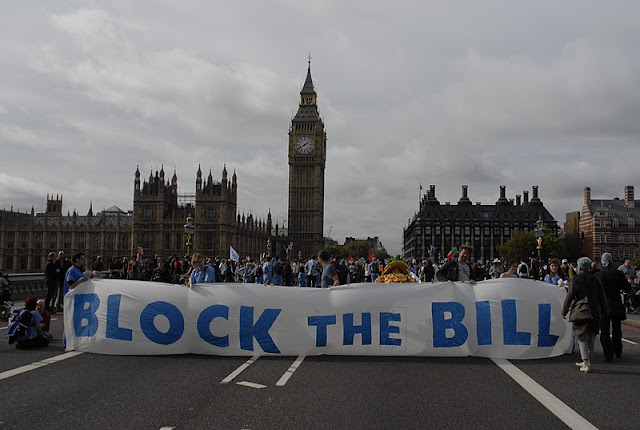 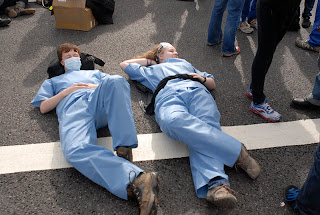 We would like to congratulate the organisers of the event.  It was a total success.


The UK Coalition Government has to listen.  If they don't, they should not complain if the recent England riots of August 6-10 are repeated by people who believe they are not being listened to by government ministers.

Video
6' one-shot of entire event, if you missed it on Sunday. 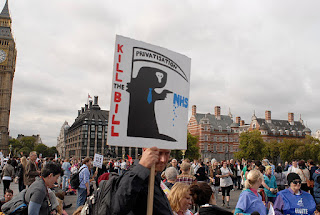 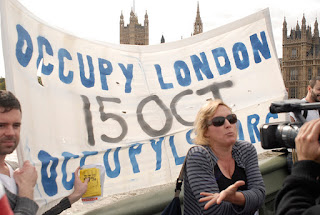 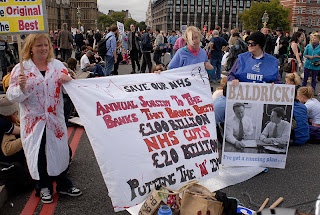 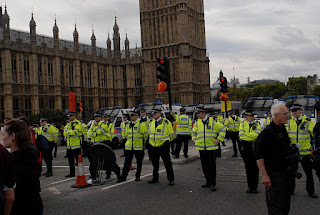 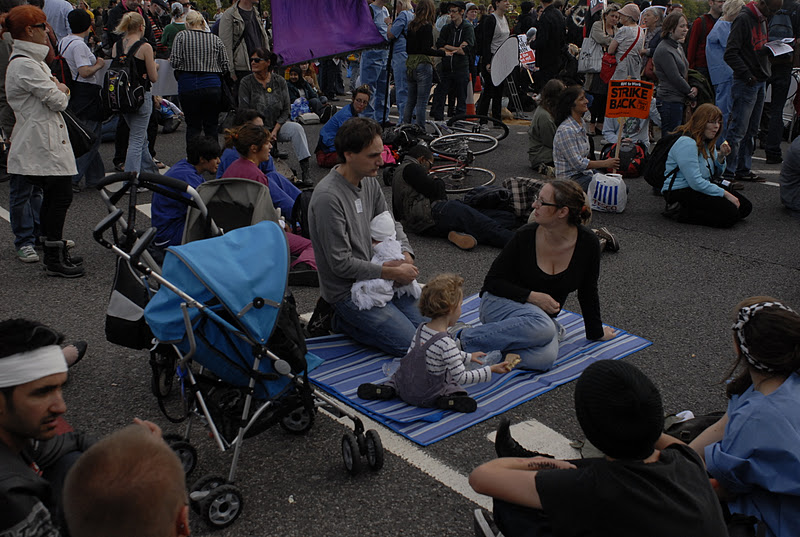 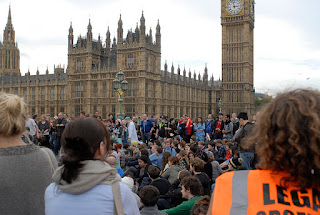 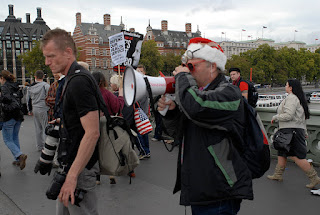 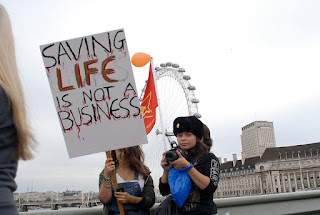 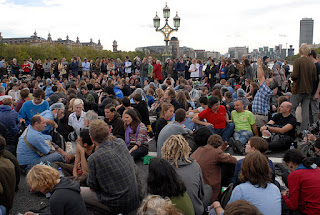 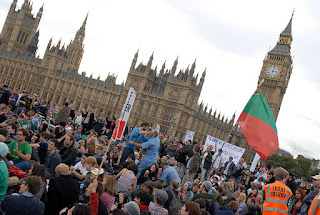 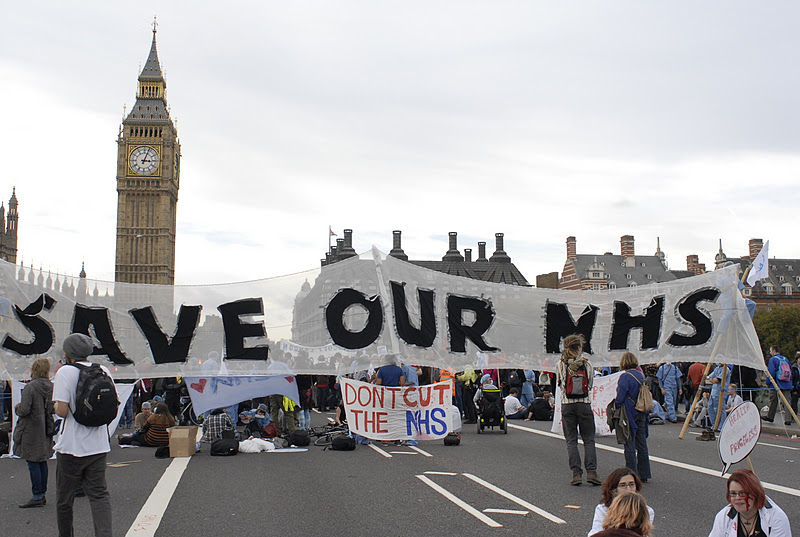 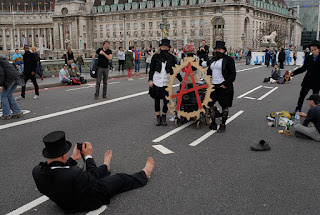 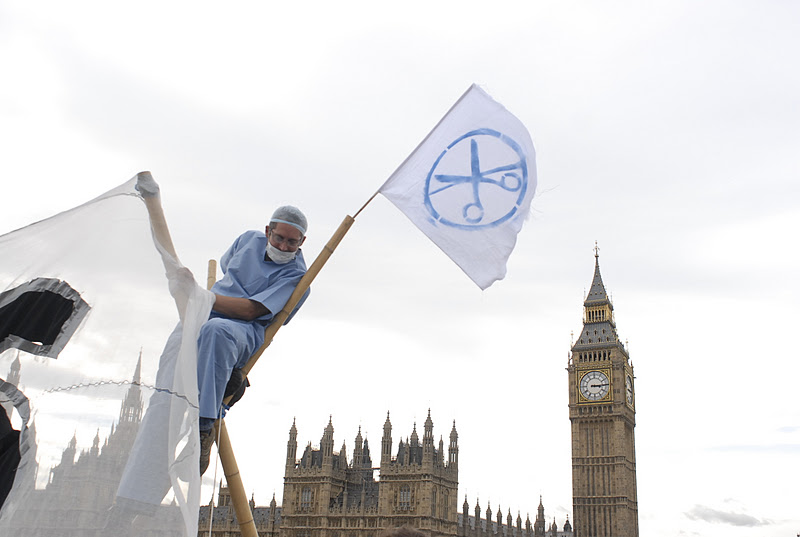 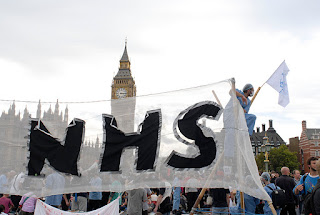 The event was known as #blockthebridge and #blockthebill on Twitter and Facebook (Block the Bridge, Block the Bill).

It was planned as the first of a series of demonstrations this autumn and winter which will include strikes and protests by Trade Union as well as anti-cuts organisations as UKuncut, NHSdirectaction.

The #blockthebridge protest was organised by UKuncut (Block the Bill) with support from many independent groups and individuals. 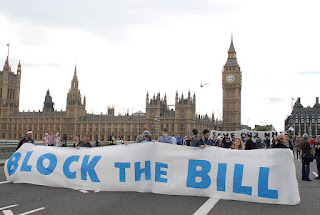 People's Assembly on the bridge now continues elsewhere in London and the country. A shadow Parliament. 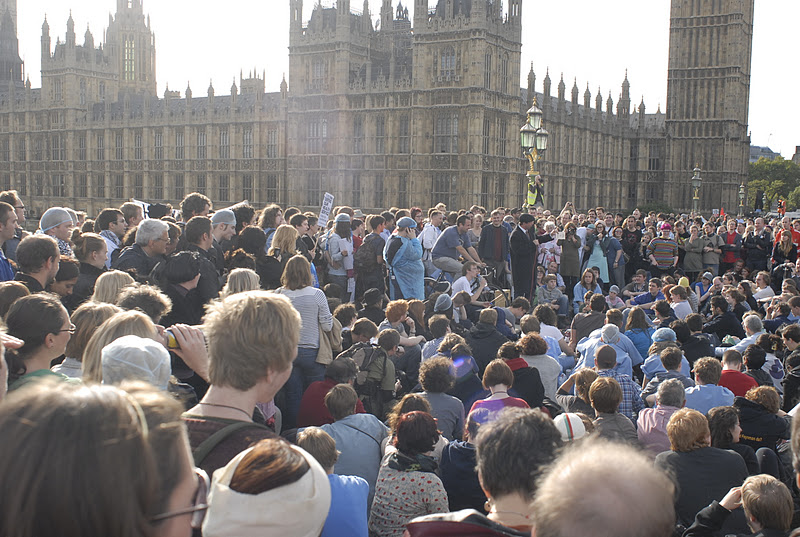 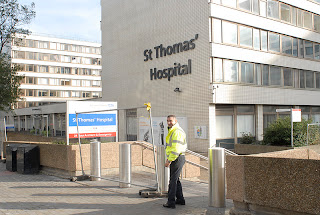 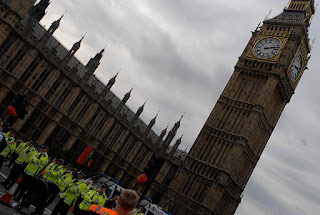 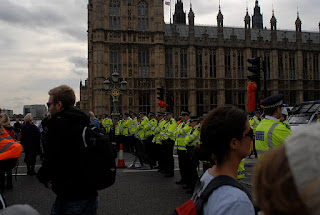 Bad governments send police to do the dirty work for them.
Shame on Britain that resorts to the same methods. 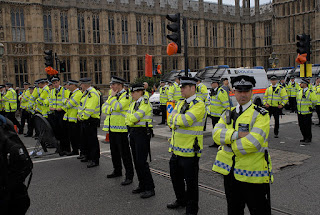 NOTE: All pictures by Arbolioto Blog. Please credit. Pictures can be used by media and individuals.
Posted by arbolioto at 11:56